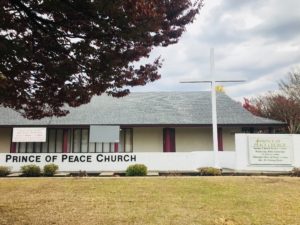 About Prince of Peace Church

Prince of Peace is founded on Christian Love and Scriptural Truth. We are multi-cultural, as well as multi- generational. The mission of Prince of Peace Church is to guide people into becoming wholehearted followers of Jesus Christ. We emphasize a personal and growing relationship with the Lord Jesus Christ.

We recognize in the 21st century church, there is a need for contemporary relevancy, while affirming unchanging principles. The vision of Prince of Peace Church has five main objectives. Everything we do comes under one of the following five objectives.

The Prince of Peace Church was founded over 52 years ago and organized as American Baptist. The church was located in Oak Park, CA. In 1964, the original members from Oak Park baptist decided to relocate to the current location now which is, 7501 Franklin Blvd., Sacramento CA and changed the name from Oak Park Baptist to Judson Memorial. In the year 1959, the Meadowview Church of the Brethren was formed, and was located about 3 miles from Judson Memorial Baptist Church. In 1960, an ecumenical parish was formed. Both Judson Memorial Baptist Church and Meadowview Church of the Brethren participated in an ecumenical ministry. They became acquainted with one another. In 1969, the two congregational worshiped together during that summer. It was decided at that time to merge the two churches into a single congregational to be housed at the Judson Memorial Baptist Church Site. As a result in 1970, Prince of Peace Church was formed.